True Love is in the Commitment! The Romantic Story of Ruth and Harry 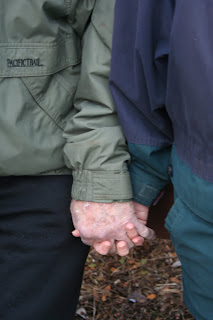 Sometimes the universe gives us opportunities that enrich our lives. God has placed beautiful experiences in our everyday lives, but they are not always obvious. Don’t forget to look for them, and see them!
On this particular day, my teenage son and I had a brief verbal exchange that sunk my heart. I grabbed my camera, and left him at home without saying a word. As a form of therapy for me, I went looking for beautiful things to photograph, and within two blocks of home, I found something so sweet, and beautiful it brought a tear to my eye. OK, not hard to do considering my already tender emotional state, but even now, the beauty of the moment wells in my heart.
Walking totter-ishly slow, yet steadily up the hill near my home, was an older couple holding hands. Not altogether unusual one might think, until the realization that this was no ordinary couple. I thought to myself, “Those are someone’s Great Grandparents!” I love great-grandparents! They are one of the most wonderful inventions of our Creator!
I parked at the playground just ahead of them, grabbed my camera, and got out of the car. As I approached, I could see that not only were they holding hands, but their fingers were laced together in the romantic way that lovers do! I could see in their cantor that they were quite in tune with each other. They emanated a kind of symbiosis that only comes with great time, care, and love.
As I approached them, I introduced myself, and asked their names. Ruth and Harry. As we chatted, I learned that they had been married 63 years! A remarkable feat that makes me proud and I had only just met them! They had lived in our town for their entire lives. As have their children, grandchildren, and great-grandchildren. Their son-in-law and adult granddaughter were on their own walk across the street from our conversation, and came protectively over to ascertain who might be photographing their beloved family members.
Through our conversation I learned that the couple went walking most everyday. As her vision had dramatically diminished, Harry read the newspaper to Ruth every morning while she cooked him breakfast. Harry and Ruth are quite highly regarded by the community, and have received several commendations over the years for various community activities and services.
At first, they seemed a little unsure as to the sentiment that so enamored my attention; to them this was just a normal, ordinary, condition. Nonetheless, the pair consented to my request to capture the moment. I took a couple of pictures of their faces that display the sparkle still held in Ruth’s now blind eyes! I asked to photograph their entangled hands, as that is what intrigued me to stop. I captured a picture of clasped hands; warn from years of work and weather. As we continued to visit, Ruth and Harry’s fingers instinctively sought the other; and they were again, as intended by the ties-that-bind, laced together.
I went away from that experience filled with a kind of love for this couple; filled with inspiration; filled with gratitude to Ruth and Harry, for allowing me to have just the tiniest moment in their lives. Harry went home to be with his Lord just two weeks after our encounter. A lasting and loving legacy he left behind.
No comments:

Before I get started 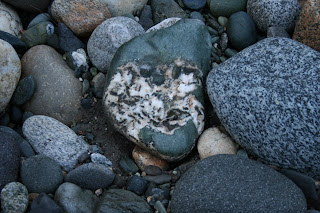 Before we get too far here, I have to do a disclaimer!

All of the photographs that I use in my articles are mine. I take them. I hold copyright on them. If you are interested in them please contact me! I do sell prints, and make note cards. I also do portraits! You can visit my website for additional information!

I am not a counselor, or therapist. I am not clergy. I am not a doctor. I am not a nurse (though I am a medical assistant student) and I am not writing as an expert in any of these fields! I am simply sharing information and ideas about things that I have experienced, or learned, and think that others might benefit from. I will reference resource locations when applicable. My content will be on so very many topics, but I want to make sure you understand that I am not offering medical advice! Anything I write about regarding health and fitness, that has benefited myself, I recommend that you consult with your health care provider before incorporating into your life.

My life is very busy as a full time student and mother with two of my three children still living at home. My oldest is getting married soon, and I will share in what I learn in that experience! Nonetheless, I am very excited to be spending time sharing with you, and hope that you come away from my articles with a greater sense of self empowerment! Your life and your health are your responsibility, and totally within your grasp!

Recognize where you are right now, and know that no matter where that is, there are small changes that you can make TODAY to make your life better for tomorrow!

Opening My Heart to You


It has been my interest to explore the world of blogging for some time. I am not sure just what my hesitation has been in starting, but I am here now, and cannot mourn the delay, as I am sure it has a purpose for me.

It is my desire to share with you thoughts and insights, stories and commentaries to inspire you to LIVE WELL. I hope to encourage you as I share my current and past personal journey through pain, anxiety, stumbling blocks, and VICTORY.

Living Well. What does that mean? I am I speaking of health? Or something much more? Certainly, physical health is a critical factor in wellness, but it really is only a piece. To be well, we need to be well in body, mind and spirit. It is important to keep them balanced. At times one will be stronger than another and carry the load. At times one might be far weaker, and need the other two to bring in strength.

What is wellness of the body? The first thoughts that might come to mind are lack of illness and injury. Fitness certainly plays an important role. Nutrition, and rest also are critical elements. I want to explore news, information, and ideas with you to help you have the best health that you can.

What about wellness of the mind? Always being educable. Sharing your knowledge with another. I very much believe that the way knowledge increases is by giving it away! Knowledge is power, but only if it is acted upon. Fiscal soundness is critical, and a topic that I will want to cover.

Wellness of the spirit? What's up with that? For some that might have a religious meaning. For others, something more spiritual than religious. But I believe it also includes our state of mind and emotional well being. As a sufferer of mild anxiety, I know how restricting that can be.

There is so much more to Living Well! There are so many wonderful teachers available! I hope to bring good content and encouraging thoughts for you to ponder, and absorb, and grow so that you are Living Well!
No comments: