A gunman walked into a coffee shop near Macord Air Force Base near Tacoma Washington.
He stood at the counter quietly for a moment, and when the barista asked him what he would like, he silently turned around, pulled a gun from under his coat, and executed 2 of the 4 police officers sitting in the cafe.
One officer stood and reached for his gun, but was killed before he could draw.
It is not clear at this time if the fourth officer was wounded at the time, but he fought with the murderer all the way to the door, where he died from his wounds.

You can click on the article title and it will take you to the Seattle times Article on this.
I will have more to say on this topic ... stay tuned 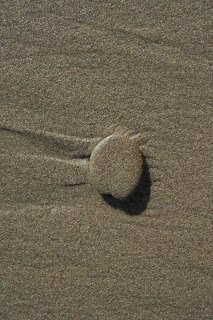 I am not a doctor, and you really must research and decide for yourself, and consult your health care provider.  I am sharing my experience, and research, so that you can be educated and empowered as you and your physician made decisions about your health care.  A great number of the conditions I mention later in this article are misdiagnosed in the mainstream health care facility, and certainly mistreated; often with over the counter pharmaceuticals that can have side effects that are just as unpleasant to deal with as the symptoms, and really only address and treat the symptom, and not the underlying condition.

This article started as an email to a friend, and as I was writing to her, I realized how valuable this information is, and wanted to share it with you!  Like everything that I share with you, it grows out of my own personal experience, in this case, with an overgrowth of yeast in my body.

A good and naturally occurring element in our bodies, yeast is part of what helps keep our bodies in balance, or homeostasis.  I did not know, until about 8-10 years ago, what a huge impact Candida can have! Below I share a list of some of the conditions that can be caused by yeast imbalance, and I can tell you that I was amazed as I was learning about all of this.  So many of these symptoms are treated on a reoccurring basis, because the underlying condition is not recognized; not that yeast is the only cause for any of these conditions, quite to the contrary, however, yeast is a factor that YOU can have some control over, and can positively impact your health.  All of these things (and others) are possible symptoms of a yeast imbalance.

If you are you prone to ANY of the following conditions, it might be worth your time, and health, to try addressing this as a yeast imbalance.
• Gas, bloating, indigestion, heartburn or pain in the intestines
• Bowel irregularities, constipation or diarrhea or perhaps alternating between the two
• Food cravings especially for carbohydrates or sweets.
• Mood swings, depression or suicidal tendencies
• Headaches or migraines
• Menstrual problems, PMS or break through bleeding, endometriosis.
• Respiratory concerns, asthma frequent bronchial congestion
• Dry, itchy skin or hives
• Finger or toe nail fungus
• Vertigo or balance problems
• Joint or muscle pain
• Bad breath despite good oral hygiene
• Allergies…air-born or food-related
• Malabsorption (this is what happens when your body is not properly absorbing the nutrition hat you take in, and might be indicated by vertical grooves in fingernails)
• Vaginal yeast infections
• Itching or redness in body creases
• Acne on face, back or body
• Cravings for chocolate, peanuts, pistachios or alcohol
• Adrenal or thyroid failure
• Hemorrhoids, fissure or rectal bleeding
• Insomnia
• Chronic fatigue
• Feeling cold and shaky
• Weight imbalance/control (over or under-weight despite diet)
• Poor memory
• Puffy, dry or burning eyes
• Urinary tract problems (infections, prostatitis, incontinence)
• Premature ageing
• Chemical sensitivity (especially colognes or fabric dye)
• Blood sugar imbalances
• Thrush/Receding gums
• Numbness

If you are experiencing even one of these symptoms, you can test the potential impact excessive yeast might be having on your body, without the aid of a physician, by increasing the amount of acidophilus, and making some dietary changes.  I currently take three acidophilus capsules a day, but when I can feel that I am off balance, I take 3- 3 times a day!!! I had a friend that was a skeptic for years, but finally tried it, and now takes it every day!  Also cut back, better yet, eliminate, sugar, yeast made bread, and alcohol from your diet for a couple months (it will cause HUGE cravings!! when you take away the yeast's food! But that tells you it is working!) I really need to increase my acidophilus intake again for a while, as I can feel that I am out of balance, and know in myself, that plays a role in my sensitive bladder issues.

It might be well worth your time to do a more thorough study on Candida, and Candida diets.  You will instinctively know as you read if this is affecting you. The beautiful thing is that you don’t have to have health insurance, or a lot of money, to start making changes that can be very beneficial!  Then once you have a better understanding, you can decide if simple life style changes are all that’s necessary, or if you need to enlist the assistance of your health care professional.

These two websites have some great information to get you started, and I highly recommend that you do some additional research of your own to get a good feel for it yourself.
http://www.customprobiotics.com/candida.htm
http://www.everydiet.org/diet/candida-diet

Be healthy, and  LIVE WELL! 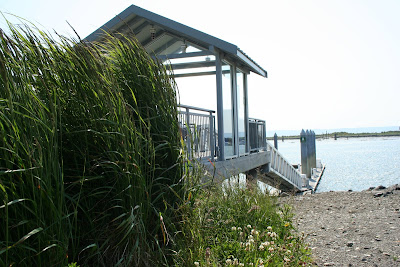 Victor Hugo said, "Life's greatest happiness is to be convinced we are loved."

When I read that, I became focused on the word "convinced".

Thinking to myself that someone else does the convincing, it is a matter of persuasion. Someone trying to convince someone else of something. Someone demonstrating through words & actions to bring another into a common train of thought.
I also immediately recognized the thought of convinced as a "state of being". That convinced is a conviction that something is true, and right, & that causes the believer to live & behave in a manner that supports that belief.

Are you CONVINCED?  Meaning ... Is there someone that is in the process of convincing you that you are loved?  AND are you convinced that it is so?

I am!  On both accounts
2 comments: