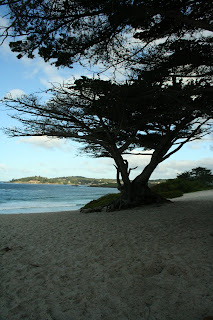 I live in one of the most beautiful places in the United States. I know, most of us say that, and most of us are right! We live on a beautiful and amazing continent! I live in the lush and beautiful Pacific Northwest, about and hour and a half north of Seattle. I recently had the opportunity to visit the city of Carmel-by-the-Sea, California, for the first time, and quickly discovered why the artistic community was so drawn to it a hundred years ago. Driving into town, and into the neighborhood where we stayed, was something like entering a Thomas Kinkade painting! With one breath, I could take in the scent of lavender, sage, eucalyptus, and the ocean, and feel transported to another place and time. Over 8 months later I can still close my eyes and feel the serenity that enveloped me there.

The cottage home neighborhoods that surround the downtown-shopping district charmed me! Each home is a unique and delightful story. Each uniquely designed and built home has delightful stories of its history, genesis, meaning, and its role in local lore. The tiny yards landscaped like little Zen Gardens were most appealing to me. I found myself just wanting to sit and take it all in, and at the same time explore done every narrow alley like street so that I did not miss anything. One can feel the legacy of the artisan architects and builders that skillfully crafted these nurturing nests for the many artists and writers of last century’s finest cultural society.

Being near the open ocean is such an amazing feeling! We spent time each day at the ocean; looking out across such a huge expanse of water, made me feel so tiny, but yet so much a part of everything. I recorded a little video with my phone of the waves crashing to the shore so that I can watch and listen anytime I want to be transported back to that magical place! I could easily have gotten lost in time and space combing the beaches for tiny treasures to examine, and did on a couple of occasions. One evening I spent at the beach alone while he stayed at the house to cook me a yummy dinner. I watched the sun go down, and photographed the waves washing the sand smooth and clean.

On one of our adventures, we traveled down the coast, and went to a preserve where elephant seals congregate! It is arranged so that people can get pretty close to the enormous creatures. One of the many, many, amazing wonders of God our creator! We got to learn so much about these huge mammals from the very knowledgeable docent, who was just as fascinated with the creatures as she ever was!

I will forever be changed by my time on this first ever REAL vacation. I never want to let those feeling get far from my mind, and I want to be able to use those experiences to continuously help me expand my ability to experience my day to day life.

The morale of the story … slow down ... take a vacation … enjoy it … it does not have to be far from home really, even a day trip can bring a break in routine and add some variety to your life. The key is to really, truly, take in the experience. Take it into every fiber of your being. Keep it with you deep in your soul, and draw on it from time to time.
No comments: 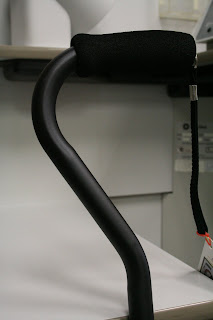 This is an essay I wrote for school last month, and thought I'd share it here.

Muscular Dystrophy is a hereditary condition consisting of the deterioration and weakening of the muscular system due to a mutation in one of the thousands of genes that program the proteins critical for muscle integrity. The muscles absorb additional calcium when the membrane that protects the muscles during contracting and relaxing are damaged, and the proteins leak. The additional calcium in the muscle tissue causes damage which leads to the death of the muscle fibers.

Duchenne is the most severe form of MS, and can be deadly. Onset usually occurs in boys between 3 and 5 years old, and progresses rapidly. Often ambulation is no longer possible by adolescence, and respiration diminishes to the point of assistance as the teen years laps.

There is no cure for M.D., though there are numerous therapeutic and medical treatments that can help control the symptoms and progression. With the use of dietary changes, prescriptions such as Corticosteroids, and assistive devices, patients can be kept active as long as possible, which is very important, as the continual atrophying of the muscles is exacerbated by inactivity. Physical and occupational therapies can help counteract against weakness and contractures, however this becomes more difficult as fatigue sets in, and the muscles atrophy. The progression varies greatly from mild lifelong symptoms, severe onset at varying stages, and even death, depending on several factors including the type of Dystrophy.

Pre-pregnancy genetic screening is important, especially if there is a history of the condition in the family. Women can carry the genes that lead to MS without showing any symptoms, or developing the condition. Males only have one X chromosome, which is sufficient to cause the disorder. Women, having 2 X chromosomes, must have the mutation present in both for the condition to manifest, as the non mutated chromosome can over ride the mutated one.