The Abundance of Generosity is in the Heart Not the Wallet 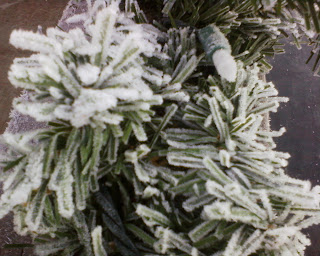 I want to encourage everyone to give this holiday season.
I am more than well aware that money is tight for everyone.  Many of us are having enough trouble just keeping our living expenses covered, and to be asked to give what little money we have to another person is almost immeasurably inconceivable.  However, I want to share some personal experience here.
When I was a little girl, things were often tight for my family, but my parents worked hard to make sure there were things under the tree for us.  However, one year in particular is so memorable for me.  I have no idea of what our financial situation was at the time, and really, it does not matter.  One evening in the days before Christmas, my family milling around the house in our usual manner, the doorbell rang.  Company being unusual after dark, my brother and I ran to answer the door.  Upon opening it, we discover no person on the porch, but instead, two big boxes, wrapped it the shining foil wrapping that my family could never afford, and adorned with ribbons and bows!  I was confused as to how or why there would be gifts on the porch, and why the giver would not want to be known.  Inside one was the Fischer Price Parking Garage!  I am not sure that I recall what was in the other, but I know my brother and I had those gifts for years.  To this day, I still do not know for sure who rang our doorbell that night, though there was some family speculation.  Even though I was so very young, I do remember the swelling of my heart (I was an adult before I was able to define what that feeling was) that a stranger could be so filled with love for others as to do something so hugely generous!
When my own children were small, on four different occasions we were blessed with such love and generosity when their dad was ill and often in the hospital!  One year we loaded up all the gifts and celebrated in the hospital.  One year a family at our church, through another family, anonymously provided gifts for the kids.  To this day, each of my kids has an ornament that hangs on the tree, a gift from a generous and loving stranger, and a reminder of the kindness of a stranger.
As a result, no matter our dire circumstances, we as a family sponsor a name from a giving tree!  One year, we had a birthday party; we rented the local pool for a few hours, and had the guests bring gifts for others: one of my kids sponsored the local food bank, one Toys for Tots, and the other the local fire department teddy bear patrol.  What a joy, as a mom, to take my kids to the different locations to they could present their efforts!
We have sponsored names from giving trees, usually choosing a name that closely fits the ages of my children.  We usually work together, and plan what we want to do for the person.  We have sponsored whole families through work collaborations, and alone in prosperous years.  Last year I crocheted 15 scarves to go in gift baskets at a women's shelter. This year finances are again tight, but since this is an important tradition for my children and me, we used this week’s grocery money to help provide Christmas for a little boy.
Some people give out of abundance, some give out of gratitude, some out of reciprocation, some give out of love, and some give for the spirit of the season.  It is so important to instill the spirit of giving, I like to think that this should happen all year around, and not just because of this particular season, but this winter season lends itself so well to it!
Some of us can give a lot, and some of us cannot.  But if you can spare some change, drop it in a Salvation Army Kettle, or a dollar in the Toys For Tots can, or a can of soup to the food bank ... no matter how small your contribution, know that it is strengthened by others that are giving from the pennies they have ... there is strength in numbers.
Have you ever paid for the lunch or coffee of the person behind you in the drive through???  Ever had that done for you??  This morning, I watched a man pay for his coffee with a gift card, and there was a little left on the card, so he gave it to the lady behind him!
No matter your reason, no matter your ability, the important thing is to open your heart, and share from it.  The abundance is from your heart, not your wallet.
No comments:

This is another essay that I had to write for school, and thought that I would share it here.

Uncontrolled Acquired Immune Deficiency Syndrome is fatal, however I learned that it can be controlled. This is relatively difficult to do, and there is still much research on the topic. Myself, being more familiar with the symptoms and effect of AIDS as a result of HIV on the human body, I am intrigued to learn about how the virus operates inside the human body, initially, and long term.

The way that it was described, how the virus attaches to cells at their receptors, first to the CD4 receptor, and second to the CCR5, allowing the virus to invade the cell, deposit RNA and reproduce, brings to mind the ways of a parasitic illness. Targeting the cells in the body that are usually meant to protect, it turns the cells into its ally and it then begins to attack the body that it lives within, hence the name Immune Deficiency.

Having a natural bent toward natural and preventive health care, I am far more intrigued by how the body's natural defense has the capability of fighting off the invasion of the virus. While the virus may still be present within the body, if the CD4 Helper T Cells can get a foothold on the situation, and engage the CD8 Killer Cells, the body can prevent the invading virus from multiplying and taking over. Only 5% of the HIV population seems to have the natural ability to defend against the invasion, but through studying this phenomenon, scientists and physicians have made discoveries about early detection and aggressive early treatments.

In some cases there is a gene missing in the patient’s chromosomes. This missing gene is responsible for making the receptors on the leukocytes. If just one of those receptors is missing, the virus cannot attach, and therefore cannot penetrate the cell and plant it’s RNA. This gives the Helper T Cells the necessary time to generate the CD8 Killer cells to action.

In other cases, both receptors are intact, but for reasons not yet clearly identified, the Helper Cells here able to activate the killer cells, and hold the full invasion at bay.

While the body does not seem to be able to completely rid itself of the presence of the virus, the body certainly can keep it’s numbers so low that it is barely detectable, and render it primarily harmless in the body. This does not however, mean that this person is no longer contagious! In fact, it is well known that the HIV virus can be carried and transmitted by those that show no symptoms at all, so being in a state of what one might call remission, does not make one safe from transmitting the disease to another person. I also imagine that also, if ones immune system were to be compromised in some other manner, then the already present virus might have an opportunity to take hold.

For more information on this, please click the title to be taken to the PBS NOVA web page.

In all things, be healthy, and wise about your safety, and health care!
LIVE WELL!
Love
Suzi
No comments: